Yesterday I took a detour off my new Friday morning writing schedule to run an errand, and it even though it was something that didn’t result in my writing any words, it did spark Writer Brain so was well worth the trip.

My husband loves maps. He’s particularly fond of old, rare maps of Toronto, or rather York in those days, and with our first anniversary rapidly approaching I decided to poke around his favourite map shop. The first anniversary gift should be paper according to someone. This miraculously fits us with his love of maps and my love of books. Maybe every anniversary of ours should be paper. Except the gold one. And emerald. And diamond. Paper can be forfeited for those.

Unfortunately, the outing was a bust for a gift. I couldn’t find anything, and I think I’m a little out of my element in the map-buying world although the curator at the store was very helpful.

The trip did, however, inspire Writer Brain to explore new thoughts and ideas as I spent two hours flipping through antique maps and images. I wondered about the ancestry and lives of those living on farms in the 18th century – some maps have family names written on their plots of land. I stared at images of the streets of Toronto, King and Queen Street bustling with horse and buggies and women with puffy skirts and parasols. Sometimes taking ourselves out of our writing caves and exploring new things can spark creativity. I remember this from The Artist’s Way, but I rarely practice it. I am now reconsidering this decision.

It wasn’t until I admitted defeat and decided to wrap up my visit that I finally looked up. I had been so involved in the maps that the corner of the large room didn’t even register. I walked over and stared at the gorgeous nook that I wasn’t even allowed to enter. Antique books. Shelves and shelves of them. Jane Austen, Hemingway, Dickens. There were bibles and other religious tomes and this was just what I could see from behind the ropes. 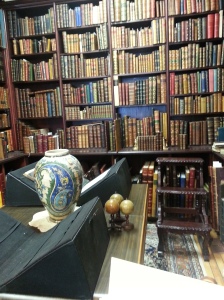 I couldn’t help but wonder as I gawked: what first edition book I would want? And how had I never thought about it before? Probably something by Austen or Dickens, or maybe something more contemporary: a first edition of Pillars of the Earth because it’s my favourite book of all time. Google just informed me via AbeBooks.com that I can indeed own a first edition, signed copy of Pillars of the Earth for just shy of $900.00. I’m a little stunned, to be honest. And yes, I still want it.

What rare book would you want wrapped up in a bow?

2 thoughts on “A Rare Find” 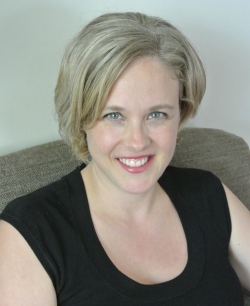 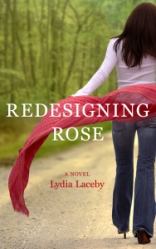