Strange people muttering in my mind, please stop. Or at least slow down. I don’t have time to pay attention right now. I’m busy.

Giggle, whine, scream. Yes, little one, I hear you. I will tend to you. Don’t ever worry. You will always come first.

My four-month-old son is the best excuse not to write yet he’s the most important reason to do so.

I wish I could accomplish both with ease, that there were more hours in the day, that I could survive on less sleep than he allows me. But there isn’t, and I can’t. I can only wait patiently for longer naps, ponder plot twists and character arcs as I monitor tummy time, and read books on craft while breastfeeding. I can wake earlier and squeeze in a few words before he rubs his baby blues, and cut out the TV shows that became mandatory during the days and nights he refused to sleep, when writing was the furthest thing from my mind.

But now that our household has settled after the new addition, I’m desperate to write. For him. I want to be the mother he deserves, and I’m at my best when diving deep into a story. I feel whole and happy and energized. I want to teach him how to be the best person he can be, which for me is when I’m writing, so I need to lead by example and find a way. I want to demonstrate that following your dreams is important, and I want to try to provide for my family, for his future. I want him to grow up knowing that a woman is capable, strong, and driven. And I want him to be proud of his mama.

And because of all of this I will find a way. I will do this. Because I have to. 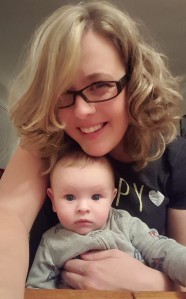 Thanks for reading! To return to the FICTION WRITERS BLOG HOP on Julie Valerie’s Book Blog, click here: http://www.julievalerie.com/fiction-writers-blog-hop-jan-2016

Four years ago today, I placed the most important vote of my life. I emerged from my writer’s cave, showered, dressed, and then shoved my car into drive. Strolling into my polling station, a local church, I flashed some ID and wandered behind the tiny partition. I cast my vote in Toronto’s municipal election, shoved my ballot into the box and headed to the door.

And then I met my husband.

I remember blinking and squinting when I saw the familiar figure in the hallway, trying to place him before I approached, cursing myself for not visiting the eye doctor for those glasses I’d become desperate for.

When he turned around my heart fluttered in my chest in recognition. He took off his sunglasses and squinted in my direction and I smiled, the sunshine and the warmth of the atrium foyer engulfing us while we embraced.

You see, we’d known each other years before. And fate has a funny way.

He’d been friends with an ex-boyfriend of mine from nearly a decade and a half ago, and during those years we had a wonderful rapport. We’d managed to keep in touch for a few years after the relationship disintegrated, but eventually everyone drifted apart.

But I must confess, I partly ran away. I’d begun to feel a pull for this boy. We had sparkle. And it was all too much for me at the time, still too close to the past. One of the last times we all hung out the two of us traveling to a cottage party with another friend, a friend who says now, years later, how connected we’d been during those last days. But I’d ignored it, forcing myself down another path, one that came to an abrupt dead end six months before voting day.

But voting day wasn’t the first time we’d run into each other. Fate tried a few other times before we finally got it right, tossing us together randomly. I hadn’t bumped into a single other soul from the old crew over the years. Just him.

And as we stood in that foyer I felt the fingers of fate fold around us. And I knew he felt it too. The sparkle igniting the room wasn’t just from the sunshine. I’m not sure either of us were surprised to discover we lived within ten blocks of each other as we stood chatting for a few minutes while other voters ambled in and out of the church. Eventually we wandered out to our cars, both stating that we should get together to catch up. One over-edited Facebook message (me) and a phone call later (him) and the rest, as they say, is history.

So, if you don’t believe in fate and fairy tales, I’m here to tell you that they do come true.

And am I ever grateful I took the time to shower and wash off the coating of writer’s grime that day. 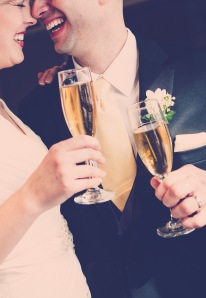 Sometimes dreams do come true. But mostly they’re made up of hard work, struggles, perseverance, and maybe a little bit of luck. But when they happen, they’re breathtaking and magical moments.

I don’t often say it, or even really think it – maybe because I feel I could always be doing more – but here it goes… deep breath…  I am proud of myself.

Whew, that takes a little (okay, a lot) for me to say that. Is it too pompous, too arrogant, too much? Too bad. I am. And it’s not something I’ve ever really been able to really say about many things in my life. And it feels fabulous.

This year hasn’t all been all sunshine and rainbows though. There have been some incredibly tough moments in various spaces in my life, particularly when my health hasn’t been cooperating, but there have been good, great, magnificent, and incredible moments, and those are the ones to hold onto. And sometimes I need a little reminder, so I made a little list…

In the last year or so…

And now for the biggie, the one I’m super excited about right now and uber-proud of:

Ever since I found out about BEA as a book blogger five years ago I’ve dreamed of attending, of wandering around the exhibits surrounded by books and gaping at my favourite authors as they speak and sign their book babies. But now? Now I’m attending having written my own book baby!

I never believed this would happen. Ever. And it wasn’t even in the plan until about a month ago. But now, here I am, packing my bags and attempting to cram in as many copies of Redesigning Rose as possible. I am traveling to NYC, a city I absolutely adore.  I’m going to meet other authors and book bloggers I’ve chatted with online for years. YEARS! And I’m a part of BookBuzz2014, a fabulous event for women’s fiction authors – RSVP to bookbuzz2013@gmail.com if you don’t want to miss the bookish party of the year!

It’s going to be an incredible experience – all of it.

This is also my first solo trip. Which is awesome, and wee bit nerve-wracking, and something I will now be able to check off my bucket list. And it’s a little ironic that I finally watched the video below this morning after seeing it posted all over Facebook for weeks.

So, I give you these two fabulous seventy-year-old ladies flying for the first time in case you missed it the other million times it was posted all over the interwebs.

You only get one life. Conquer your fears and make your own dreams come true.